A short description of what I carry in my first aid kit when I thru-hike.

First of all, a quick disclaimer:  I am not suggesting any medical treatment through this post as I am not qualified to do so.  This is simply a list and description of the things I pack for first aid while I am on the trail.  It is ultimately up to you what you take on a long distance hike, so use your own good judgement; different things work for different people.

In 2013, I set out with two of my buds to thru-hike the 400 mile Oregon Coast Trail. To say the least, it was a hell of a learning experience in many areas. We had all the heaviest gear, entirely too much food and a first aid kit that would put an army clinic to shame. We carried no less than the following: Band-Aids, gauze, medical tape, blister pads, moleskin, a pharmacy of medications, tampons, antibiotic cream, an Ace bandage wrap, a bottle of hydrogen peroxide, nail clippers, liquid bandage and some alcohol wipes.  While some of this worked, most was totally unnecessary.

To be fair, we were having some pretty serious issues with our feet. The walk had been constantly wet from rain, damp sand and creek fords, which contributed to the incredible amount of blisters that we developed between the three of us. We feared infection, and stockpiled on treatments like doomsday preppers.

Since then, I’ve learned a few things along the way, like where to reduce pack weight when possible. This includes ditching the entire 50-count box of Band-Aids, because in reality, you’ll only need a few. First Aid kits should be simple, and only contain a just enough to get you by until your next resupply point when thru-hiking.  Many items can be found for free in hiker boxes, thus avoiding having to hunt them down in trail towns.

Here’s what I currently carry in my first aid kit:

I keep everything in a zip top bag, and readily accessible near the top of my pack at all times.  Also of note, I always carry a basic cotton bandana and a Swiss Army knife, both of which are of importance for their many uses other than for first aid.  My Swiss Army Knife contains scissors for cutting my medical pads and tape to size, and I’ve used my bandana for stopping nose bleeds, as well as a compression bandage for an injured knee.

Now, you might slightly be panicking at my choices and have a case of the ‘what if’s’:  What if you’re attacked by a bear? What if you’re bitten by a rattlesnake? What if you fall off a mountain? Bear maulings are rare, as are rattlesnake bites. Falling off a mountain is a very real possibility, but having a tube of antibiotic cream or liquid bandage isn’t going to save you from any of the above scenarios.

This is where you might consider carrying a personal locator beacon, such as a DeLorme InReach Explorer or a Spot device. They can be costly and a bit heavy (my InReach weighs about 8 ounces), but it can give you peace of mind and keeps you in regular contact your family if they’re the worrying type.  In the event you need emergency help, it’s only a button push away.  This is a more effective way of getting help if you’re seriously injured, rather than carrying an arsenal of first aid supplies. Having said that, you should never abuse your emergency beacon for minor injuries or concerns; prime example being the infamous Grand Canyon Spot misuse by a hiking party in 2009.

If you don’t want to carry beacon, other hikers may be able to help you by calling for help or locating a patrol ranger, but you should NEVER count on this.  If you do injure yourself and are bleeding profusely, you can buy some time with a bandana and applying compression to the area; call for help immediatley.

You might also consider taking a wilderness first aid course. You’ll learn some basic skills, including how to treat injuries and illness common in the outdoors. They’ll go over some McGyver level stuff here too, but fall short of how to cut your arm off with a dull multi-tool if it’s to become trapped under a boulder.  REI offers several wilderness first aid courses taught by the National Outdoor Leadership School (NOLS).

Remember to always exercise caution in the wilderness; always use common sense and sound judgement in dangerous situations.  Stay safe out there folks, and until next time, Happy Trails! 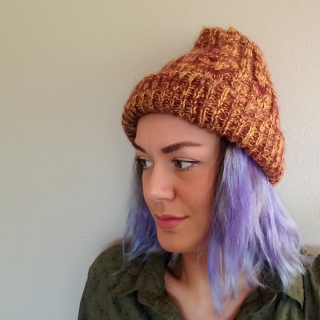 Revisiting some old haunts. Slightly more enlightened.
Timberline Trail: 42 miles over 2 days.
End of summer things: high routes, canyons & wildfires.
The Sawtooths are cool.
A hazy start to our trip, but the air thankfully cleared up the more we progressed into the range towards our high route. Bonus: we spent a glorious morning at a hot springs.
✔️Pacific Northwest Trail, eastbound, coast to crown. 1200+ miles.